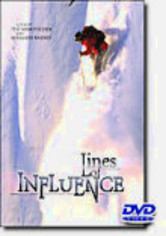 2005 NR 0h 40m DVD
This goes without saying, but we'll say it anyway: Don't try this at home. Filmed on location in the snowy backcountry of Alaska, California, Wyoming, Colorado and Utah, these high-octane stunts encompass some of the most unbelievable drops on record. Featured skiers include veterans such as Robb Gaffney, Tom Wayes, J.T. Holmes and Kip Garr, with appearances from newer faces on the scene, including Cody Townsend, George Hjelte and Kyle O'Neal.