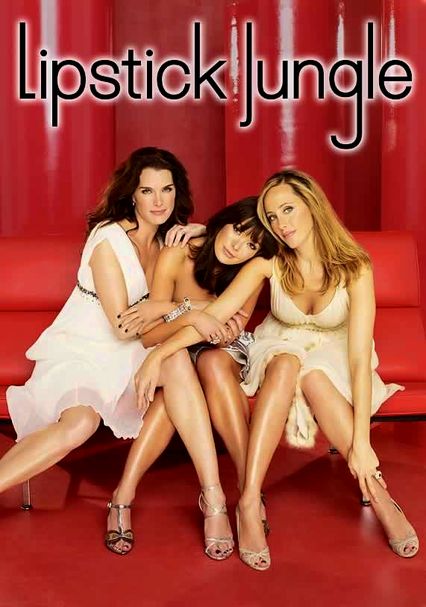 TV ShowsTV DramedyTV DramasDramas Based on the Book

In Season 1 of this spicy drama inspired by Candace Bushnell's bestselling novel, magazine editor Nico guns for her boss's job, Wendy tries to balance her film career and her family, and designer Victory longs to find Mr. Right.

In the second and final season of this drama based on Candace Bushnell's novel, movie producer Wendy, fashion designer Victory and magazine editor Nico help each other achieve success on their own terms, in both the boardroom and the bedroom.

Parents need to know that, even though it's on network television, this adult drama's sexual content is relatively graphic and iffy even for most teens. No naked body parts are shown, but in one scene, the camera does come very close to revealing a naked man's genitalia. Things don't get much better when it comes to role modeling. One of the three main female characters decides to cheat on her husband simply because he's stopped showing interest in her sexually. Expect a fair amount of social drinking and label-related name-dropping as well.

Sex isn't constant, but when it happens, it's hot and heavy. A man is shown ripping off a woman's stockings, and there's a lot of audible sighing. In another scene, the camera just barely frames out a man's naked groin.

For such a sexy show, it's surprisingly tame, but "ass," "damn," and "hell" are used, as are body-part references like "testicles."

Although the main characters have admirable qualities, they're riddled with flaws. One in particular cheats on her husband with a younger man -- multiple times.

Occasional name-dropping takes place, including mentions of prescription drugs like Xanax and high-end brands like Armani and Fendi.

Adult characters are shown drinking socially (including at lunch) and sometimes talk about wanting a drink in times of stress. One character also mentions weed.