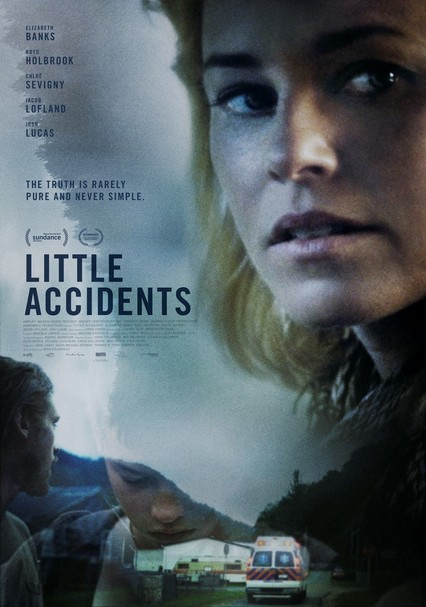 2015 NR 1h 45m DVD
When fate selects Amos Jenkins as the only survivor of a coal-mining disaster, it also makes him part of the turmoil that follows the tragedy. After a mine executive's son is murdered, Amos and the boy's mother join forces to find the killer.

Parents need to know that Little Accidents is a moody drama about a small town that's been deeply affected by a tragic mining accident and how some of those impacted try to get their lives back on track. Characters keep big secrets and find solace in the most unlikely places, somber themes that may not resonate as well for teens. Expect strong language ("f--k," "s--t," and "a--hole"), quite a lot of drinking (including some by teens), and kissing between characters who are having an affair. They're shown in bed and showering together, but there's no simulated sex or sensitive body parts on display. Kids shove each other.

A married woman has an affair with one of her husband's employees. They frequently meet up in a local motel, and though viewers never see them do more than kiss, they're often shown in bed, under the covers, getting dressed or showering together (no sensitive parts shown).

Family members argue. Kids get into a shoving match that leads to a tragic accident.

All the main characters in this film are keeping secrets, which takes a toll on them. But the truth is freeing.

Several scenes include people drinking, including adults socializing at a bar, a couple drinking while they relax at the end of the day, and teens getting drunk in the woods. There's beer, whiskey, and wine; one sequence has a lot of people downing shots.