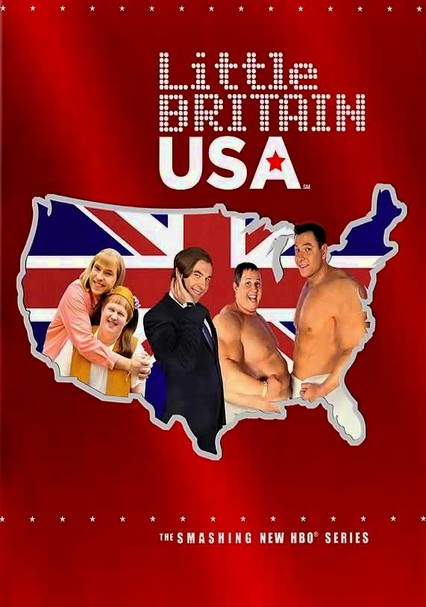 2008 TV-MA 1 season
A spinoff of the hit BBC series "Little Britain," this sketch comedy show pulls no punches as it takes satirical aim at the idiosyncrasies of American culture through characters such as obese nudist Bubbles DeVere and precocious redhead Ellie-Grace.

Matt Lucas and David Walliams retool their BBC comedy hit "Little Britain" to amuse American audiences in this HBO series that features some of the duo's most popular characters -- and a few new ones, too. Like Tom and Mark, a pair of muscleheads who like to walk around the locker room naked. Or Bing Gordyn, an ex-astronaut who feels underappreciated. Paul Rudd appears as the president of France, and Rosie O'Donnell guest stars as herself.