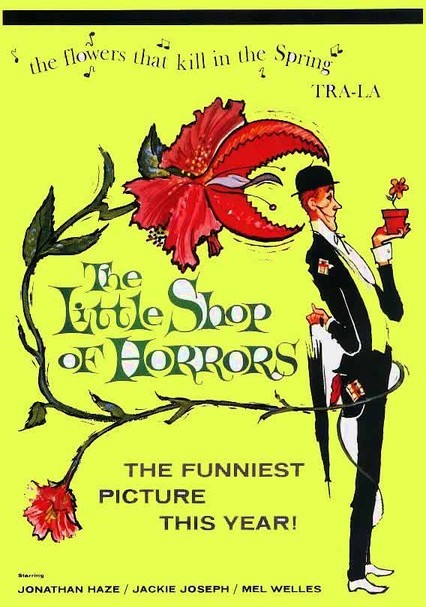 1960 NR 1h 10m DVD
Down-on-his-luck plant-shop employee Seymour (Jonathan Haze) thinks he's got it made when he develops a new Venus flytrap hybrid. Not so fast, Seymour: Turns out, the plant has not only a voice but also a voracious appetite ... for human flesh! This 1960s cult classic directed by B-movie master Roger Corman and co-starring Jack Nicholson inspired a hit Broadway musical, a TV cartoon series and a 1986 remake.