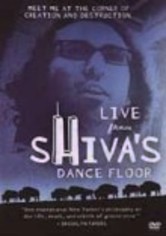 2003 NR 0h 21m DVD
Poet and performance artist Timothy "Speed" Levitch, who starred in a documentary about his life philosophy in 1998, is back in this meditation on life in post-September 11 New York City. Touring "ground zero" with director Richard Linklater, Levitch discusses his ideas on the creation of a memorial, what it's like to live with fear (or not to live with it) and more.