Living with the Wolfman: Season 1 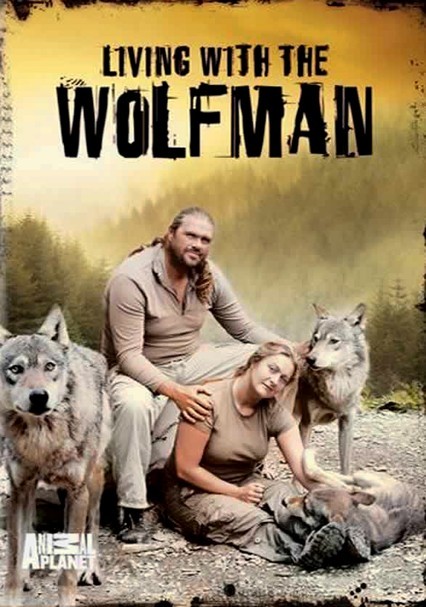 Living with the Wolfman: Season 1

2008 NR 2h 50m DVD
This nature series follows Shaun Ellis's attempts to integrate his girlfriend, Helen Jeffs, into the wolf pack he considers his family. To promote greater human understanding of wolves, Shaun has spent years studying and even living among these wild creatures. For Helen to gain acceptance from the dangerous animals, she must undergo drastic lifestyle changes, including increasing her meat intake and avoiding all fragrant soaps.

Parents need to know that the animal experts in this series interact closely with a pack of wolves, often playing, hugging, and nuzzling the animals. Though the humans usually appear at ease with the wolves, the series plays up the ever-present potential for danger. Occasionally the humans do suffer minor injuries (for example, when they feed cubs by mouth), but they're quick to remind viewers that the animals' actions are normal. Young kids may be upset or confused by the wolves' behavior or close shots of them baring their teeth, but families with older kids will learn a lot from this informative series. Even so, be sure to follow up with reminders about never approaching strange animals and rules for interacting with friendly ones.

Nothing of the human variety, but one episode centers on a female wolf's pregnancy. The birth itself isn't shown, but her labor discomfort is evident.

Despite Shaun's trust that the wolves won't hurt him, the animals' actions are always unpredictable and could turn dangerous at any time. Shaun and Helen are often stepped on, knocked over, and nipped at as they interact with the wolves. In at least one scene, Helen is bitten by wolf cubs as she feeds them regurgitated meat from her mouth, but she explains that it's their natural behavior. Some scenes show Shaun dissecting animal carcasses to feed the wolves.

The series gives viewers a unique view of wolf behavior, and Shaun explains in detail the animals' actions and what they mean. Helen talks about her fears about getting close to the wolves, and Shaun sometimes seems to push her into encounters before she's ready, but she always says she trusts his expertise and is glad he nudged her along. Some scenes are emotional; in one, Helen cries as she talks about her fears for a wolf having difficulty giving birth.