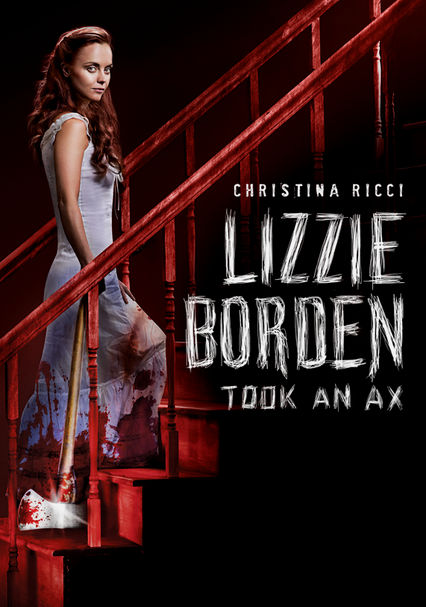 2014 NR 1h 26m DVD
In 19th-century tabloid journalism, few stories sold better than that of Lizzie Borden, who was tried in 1892 for axing her parents to death. This made-for-TV drama chronicles the scandal and enduring mystery of Lizzie's guilt or innocence.

Parents need to know that Lizzie Borden Took an Ax is about a famous historical murder, which is shown repeatedly onscreen. The grisly murders are shot horror-movie style, with a flashing ax, splattering blood, and scary music. The violence is particularly disturbing because it occurs within a family; this is the stuff of a young child's nightmares. The mutilated bodies of both Andrew and Abby Borden are shown repeatedly during the movie. A large portion of Lizzie Borden is also spent in the courtroom; young viewers would swiftly grow bored watching talky testimony. In short, this one is not for young watchers, but mature teens may find the subject matter compelling -- just hope it doesn't give them any ideas.

There are parties and flirting and kissing between members of the opposite sex. Lizzie was rumored to have a lesbian affair with an actress but that's just barely hinted at here. There is some uncovered flesh, but no private parts are shown.

The mutilated body of Andrew Borden is shown repeatedly in grisly detail. We see blood and gore, and an ax attack that's particularly disturbing because it's committed by a family member.

Given that this story is about a family murder, positive messages are few and far between.