Long Arm of the Law 2 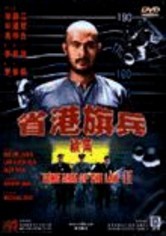 Long Arm of the Law 2

1987 NR 1h 31m DVD
A group of thieves sneak across the border of China into Hong Kong and soon become a deadly triad gang. But they find themselves in over their heads when a bungled contract killing leads to a dangerous war with the cops. With the police hot on their trail, the gang embarks on a bloody crime spree through the dark streets of Kowloon's notorious Walled City in this action thriller from Johnny Mak starring Jing Chen, Lung Jiang and Ben Lam.