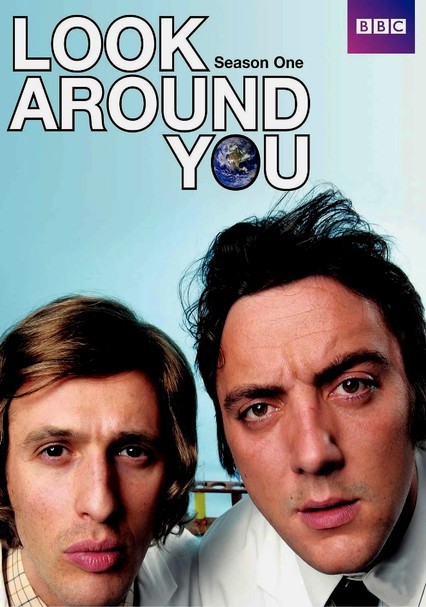 2002 NR 1h 11m DVD
Satirizing British educational films of the 1970s and '80s, each episode of this humorous series explores a specific subject, with "scientists" performing a string of bizarre, meaningless experiments to examine each theme in detail. Narrated by Nigel Lambert, the first season of the show covers a range of topics, including calcium, mathematics, water, germs, ghosts, sulphur, music, iron and the brain.

Parents need to know that this British send-up of educational programming from the 1970s and '80s is loaded with ridiculously distorted science "facts" and flat-out untruths that are meant to amuse adults, which makes it an iffy choice for kids who are still working on mastering basic scientific principles. While not too much of the content is inherently inappropriate for older teens (aside from a bit of sexual inuendo and a few humorous references to alcohol), they could get a few answers wrong on their next exam if they don't do their own homework. There are also some British pop culture references that kids -- and American adults -- might not get.

Although the general tone is straightlaced, there's occasional innuendo. For instance, the narrator explains that "kissing a tramp" is one way to get germs. In another instance, an older man removes his pants and underwear to have his temperature taken rectally -- although no sensitive body parts are shown.

A few experiments (plunging your hand into boiling water, removing an egg, and slicing it open with a scalpel, for example) would be dangerous if younger viewers tried to replicate them.

Conclusions derived via the show's pseudo-scientific "experiments" are meant to be funny, but kids could miscontrue their facts, resulting in a murky message overall. For example, water is said to boil at 1,000 degrees (the actual boiling point is 100 degrees Celsius or 212 degrees Fahrenheit), and someone is shown eating ectoplasm (the physical existence of which has never been proven). In another experiment, scientists take a sample from an overflowing sewer and drop it onto a human subject's tongue to test the spread of germs. You get the picture.

Usage is infrequent, but it happens. One experiment involving water produces whisky, and the narrator says, "Whisky is a pleasant-tasting, thirst-quenching drink, and it's enjoyed by all." Later, an adult scientist pours a glass from the beaker, drinks it, and promptly falls over.