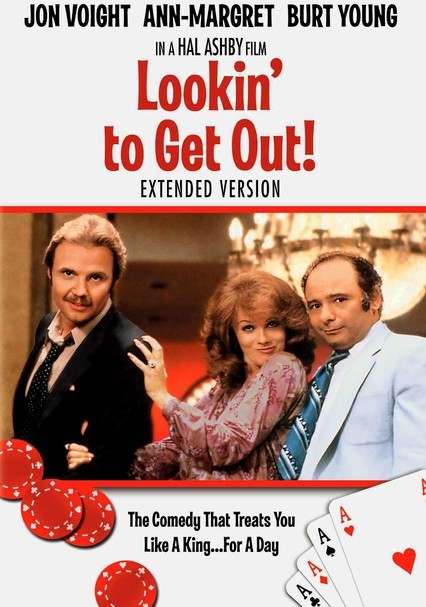 1982 R 2h 0m DVD
John Voight displays his comedic chops in this loosely scripted comedy (which he co-wrote) about a pair of on-the-run gamblers (Voight, Burt Young) who hightail it to Las Vegas in an attempt to score big and avoid the thugs trying to collect on their gambling debts. At first the plan seems to be working -- with the guys holed up at the MGM Grand Hotel after winning big -- but eventually their past catches up with them. Ann-Margret co-stars.