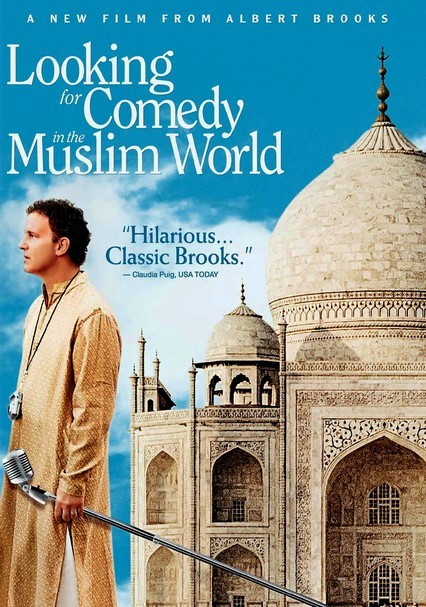 2005 PG-13 1h 38m DVD
Funnyman Albert Brooks plays a comedian sent by the U.S. State Department to India and Pakistan to find out exactly what makes Muslims laugh -- all with an eye toward helping everyone get along better in the post-September 11 world. Directed and written by Brooks, this smart, thoughtful film essentially bypasses religion, instead focusing on where people find humor, regardless of culture or beliefs.

Parents need to know that the film's comedy is premised on stereotypes and parodies, showcasing the protagonist's self-absorbed ignorance, and by extension, U.S. self-importance when dealing with "the Muslim World." Some jokes are potentially offensive ("Your mother thinks Muslim is a fabric"; a director says she doesn't want to "go a Jewish way" on her new movie) and some characters are obnoxious. Pakistani and Indian officials misread Brooks' activities, both sides thinking he's a spy for the other, and "resume armed conflict" at film's end (this is represented as a joke, in the background on TV). The film features some strong language ("hell," s-words, one f-word).

Brooks' wife shows brief cleavage; some belly dancers on TV, one job (apparently pre-op) applicant states he wants to be a woman.

Some threat of war (missiles and guns deployed); Brooks accompanied by gun-toting Palestinian when he crosses border.

Main character behaves badly, repeatedly, while imagining he's doing right, by imposing his values on his hosts and making assumptions about what's "funny."

Brooks stays at the Hyatt in New Delhi; running joke about the outsourcing work to India (references to Kenmore, Dell, Toys R Us, Harry and David); also references to Finding Nemo.

Minor drinking in a bar; Brooks smokes a cigarette during his (unconvincing) ventriloquist's act; Palestinian comedians smoke something to get high when he comes to visit them.