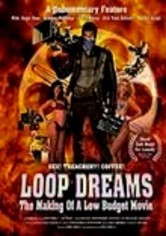 2001 NR 1h 27m DVD
Directed by Harvey Hubbell V, this small-scale documentary offers an insider's look at what it's really like to make a movie on a shoestring budget, focusing on the cast and crew of a thriller called BlackMale (2000). But perhaps more interesting than the film's plot -- which follows a pair of con men who try to blackmail a doctor they believe to be a serial killer -- is the behind-the-scenes drama Hubbell captures.