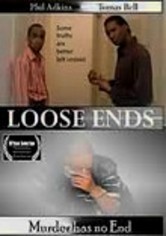 2006 NR 1h 50m DVD
Pals Darnell (Tomas Bell) and Romeo (Philip Adkins) entice a young woman to their dinner soiree, and next thing you know, she accidentally ends up dead. As it turns out, the victim was related to several of the guests -- but that doesn't stop Darnell and Romeo from stashing the body and carrying on with the party. An urban drama in the vein of Alfred Hitchcock, this tense thriller will keep you glued to your seat until the final frame.