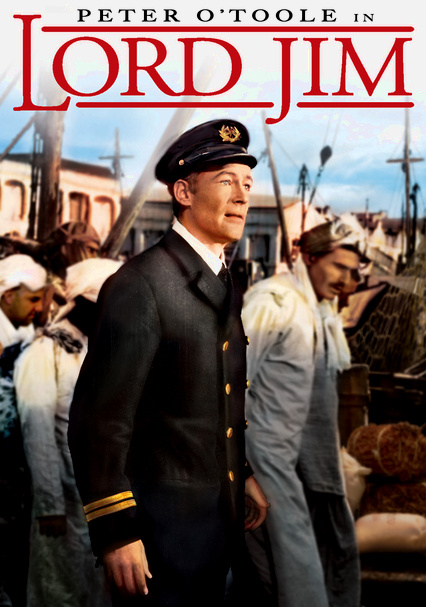 1965 NR 2h 34m DVD
Writer Joseph Conrad's stirring maritime novel charts the emotional course of British seaman Jim (Peter O'Toole), a thrill-seeker aboard a merchant vessel who longs for adventure. He finds that in spades when the ship is caught in an all-consuming storm. But he also discovers that he has no courage to spare, and he soon abandons ship -- an act that drives him to redeem himself in a dangerous Southeast Asian jungle.

Genres
Classics, Adventures, Action Classics, Dramas Based on the Book