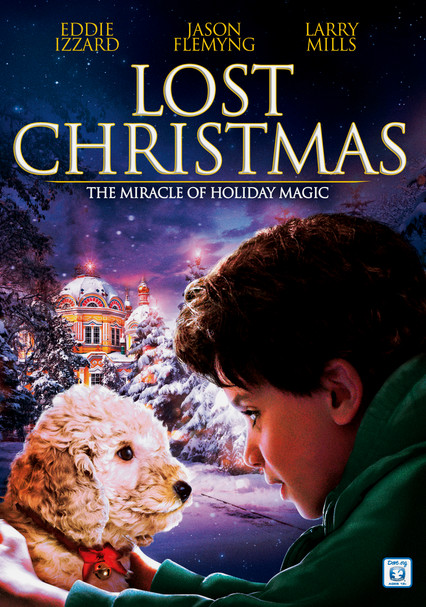 2011 NR 1h 38m DVD
Lost Christmas is an Urban Fairy Tale set in Manchester about how a series of tragic events that blight a young boy's life are reversed one Christmas Eve giving him and those around him the happy ending that they were destined to have.

Parents need to know that Lost Christmas is a holiday story that is very sad at times and deals with the loss of parents, loss of a child, guilt, and abandonment. Despite that, it's a fantastical, uplifting movie that also focuses on redemption, sacrifice, and growing up and growing wiser at any age. Several action sequences show tragic accidents, though no bodies or injuries are photographed. Alcohol is consumed in a number of scenes; one man appears to be inebriated. Based on the award-winning children's book Lost Christmas by David Logan, this film first aired as a special on British BBC. Some of the English (Manchester) dialect may be difficult to understand early in the movie, but adjusting should come fairly rapidly. Best for older kids and teens who have the maturity to appreciate a degree of magical thinking along with unconventional Christmas drama.

A man appears wearing only briefs.

Violent or frightening scenes include: a horrific fatal car accident, a little girl submerged in an icy pond as a fireman attempts to rescue her, a man frozen in the snow, and a man roughly handling a little boy. Deaths occur. Characters grieve.

Demonstrates how one action or event can change the lives of many, and shows how seemingly unconnected people may be linked to such an action or event. Validates taking responsibility for one's choices, and illustrates how learning from mistakes leads to better outcomes. Affirms the power of love, self-sacrifice, and miracles.

Scene in a pub shows alcoholic beverages being consumed. A character drinks beer and seems inebriated.