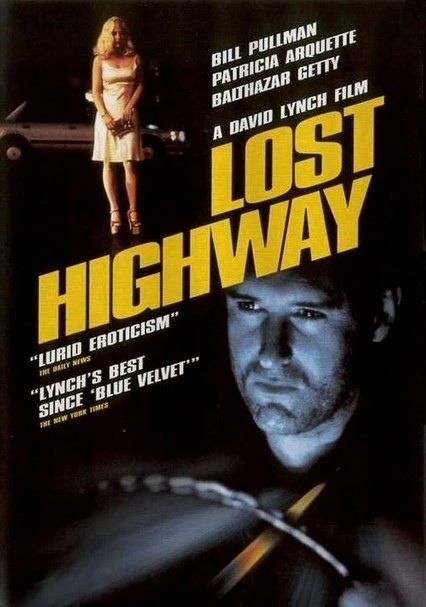 1997 R 2h 20m DVD
Soon after saxophonist Fred Madison (Bill Pullman) suspects his wife (Patricia Arquette) of cheating on him, he is mysteriously framed for her murder and sent to death row, in this surreal, non-linear film by director David Lynch. In prison, Madison inexplicably transforms into a young mechanic (Balthazar Getty) who, after being released (he isn't the convicted killer anymore), meets a local gangster's moll -- also played by Patricia Arquette.

Parents need to know that this film is extremely violent and contains numerous explicitly sexual scenes. It's also confusing and disturbing, without any resolution.