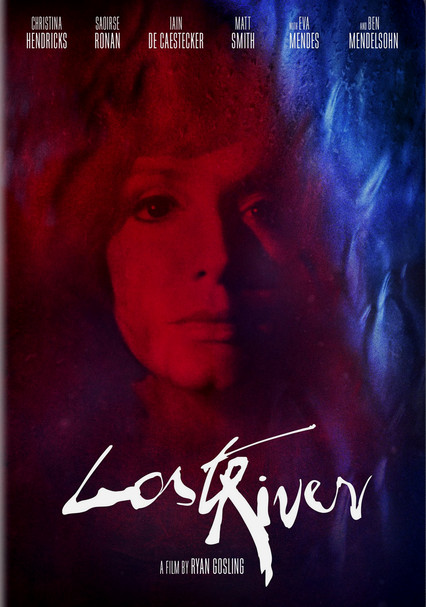 2015 R 1h 35m DVD
In the rotting remains of a once-great city, a struggling single mother is forced to take a job at a bizarre cabaret to keep her house and support her kids. Meanwhile, her eldest son's efforts to help land him in the neighborhood nut's crosshairs.

Parents need to know that Lost River is actor Ryan Gosling's directorial debut; he also wrote the film but doesn't star in it. His popularity might draw younger viewers to the film, but it's too dark and violent to be appropriate for anyone but the oldest and most mature teens. There are some startlingly violent sequences -- such as a sadistic villain who tortures people, cuts off their lips, kills a character's pet, and sends a henchman to set a house (with people in it) on fire, or a woman who stabs a man in self defense. Plus, women perform in a bloody burlesque show that makes it seem like they're being killed and tortured (though it's all makeup and fake blood), and there's strong language is in nearly every scene (mostly "f--k," "motherf---er," and "s--t"), as well as some smoking and drinking.

Women act in a burlesque show; no nudity, but (fake) blood. Women also stand in a sealed "shell" and let customers (men) do whatever they want to them.

The sadistic town villain tortures people, cuts off their lips, and kills a young woman's pet by cutting off its head. A man threatens a woman. A woman, fearing attack, sticks a knife in a man's ear. People die or are presumed dead. A character sets a house on fire; a woman refuses to leave a burning house and dies. Women scream and pretend to die and self-harm in a bloody, grotesque burlesque performances.

Amid the violent content/dark themes and the commentary on poverty is the idea that it's important to take care of family and protect/help those you love.

Adults smoke cigarettes and drink alcohol (at a club).