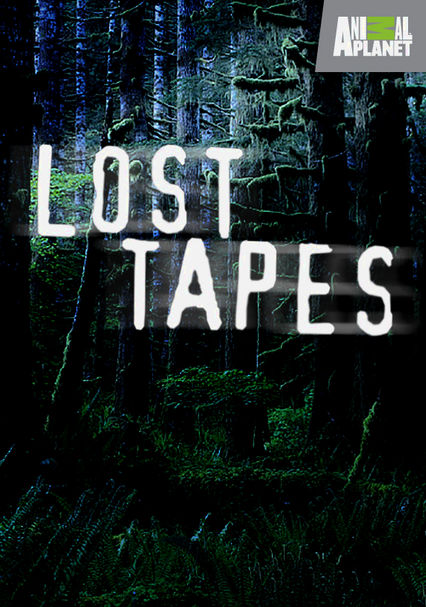 2008 TV-14 1 season
"Found footage" captures glimpses of creepy cryptozoological creatures that lurk in the dark corners of the earth -- and in our minds -- in Animal Planet's horror mockumentary series that dares to look beyond what science can prove is real. Witness dangerous encounters with ghastly swamp, sewer and desert dwellers, and explore the mythical origins of vampires, werewolves and other paranormal entities.

From werewolves and blood-sucking vampires to the legendary Jersey Devil, the second season of Lost Tapes promises nastier creatures and bigger scares with every spine-chilling, dramatic moment caught on camera.

Parents need to know that this intense series -- which uses fictitious video footage of violent encounters with cryptozoological creatures like werewolves to imply that they really exist -- definitely isn't for young kids or tweens. The content is suspenseful and may be disturbing even for sensitive older viewers. Victims are shown bloodied and battered from supposed run-ins with the creatures; some exchanges even end in death -- which isn't shown but is discussed in detail by the narrator. There's also some sporadic cursing ("hell" and "damn," mostly).

Vicious encounters with mysterious creatures are usually blurred or obscured by objects or darkness, but there's lots of screaming and obvious fear on the part of the victims, and injuries like cuts, scrapes, and bruises are shown. In many segments, witnesses make assumptions about victims' violent deaths, and blood spatter or other evidence is shown. Often people use weapons like guns or knives for protection. Fictitious or not, the show's content is often extremely disturbing, as in cases that replay video filmed by a supposed victim just before his or her death.

Sporadic use of "hell" and "damn," as well as milder phrases like "oh my God" and "crap."

The show implies that the (fictitious) video footage it uses is factual evidence of the existence of unknown creatures, which sends negative messages to younger viewers about the reliability of the media's messages.