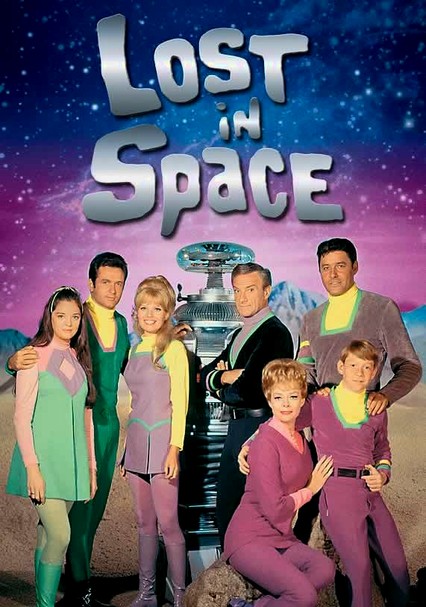 1965 NR 4 seasons
Making its debut in an era -- the 1960s -- when space travel was still in its infancy, this sci-fi classic charts the adventures of the Robinson clan, who find themselves adrift in space when their mission to colonize the last frontier is sabotaged.

This collection gathers episodes from the 1966-'67 season of the popular sci-fi series -- now a cult classic -- about a family marooned in outer space. Guy Williams is back as the patriarch, Prof. John Robinson, who's trying to steer the crew back to safety. But getting back home proves to be a challenge, especially with the evil Dr. Zachary Smith (Jonathan Harris) continuing to sabotage any plans they put in motion to head back to Earth.

Earth has suffered terrible overpopulation, and survival is only possible by expanding into the depths of the universe. Hand-picked for his brilliance, Prof. John Robinson (Guy Williams) sets out with his family on a journey into the solar system. He wants to launch a new community of humans, but plans change when they discover a stowaway, Dr. Zachary Smith, who's caused their ship to dart off course. Will they ever find their way?

Join the intrepid crew of Jupiter 2 as they get cloned by aliens, encounter the hippies of Alpha Centaur and try to return to Earth before their ever-alert robot blows a gasket in the last season of Irwin Allen's family-friendly space odyssey. Also, a large carrot kidnaps Dr. Smith (Jonathan Harris). Along with the final nine episodes, the set features loads of extras, including behind-the-scenes clips and interviews.

Parents need to know that the classic TV series Lost in Space will appeal to science fiction fans of all ages, though kids might be turned off by some of the dated visuals. A few moments might be too intense for very young kids: there's some punching, use of space guns, and occasional explosions, as well as encounters with dangerous creatures and other life forms.

Characters sometimes kiss. There some mild flirting between Judy and Major West.

Space travel and the existence of life on other planets are major themes. Family, loyalty, and teamwork are also discussed.