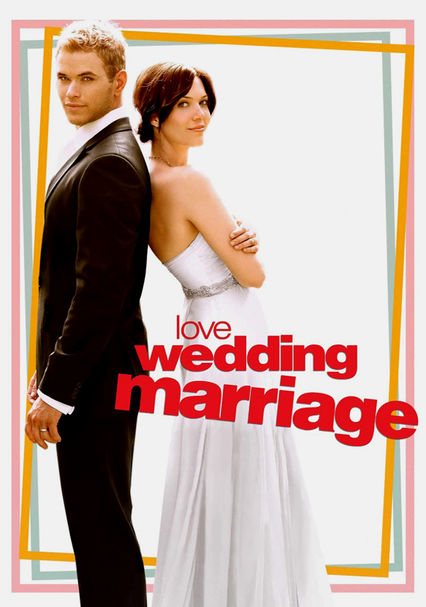 2011 PG-13 1h 31m Blu-ray / DVD
When a newly wedded marriage counselor learns that her seemingly happy parents are serious candidates for divorce, she throws all the rules out the window to repair their fractured relationship.

Parents need to know that this romantic dramedy about a marriage counselor trying to save her own relationship as well as that of her parents isn't too likely to appeal to tweens and young teens, despite the fact that Kellan Lutz (of the Twilight movies) and Mandy Moore star. The subject matter is a bit mature -- including discussions of affairs and allusions to strip clubs -- and the pacing is slow. There's also some drinking, light swearing, and loud arguing.

Discussions about affairs. A couple is seen making out in bed; the man is shirtless. Another pair kisses each other often, including in public. A man talks about getting "boobs" in another man's face, alluding to strip joints. A woman clad only in a bra and jeans has a man drink shots out of her navel. A woman walks around in her fancy undies.

The movie's main message is that marriage can be difficult, and to make it work over the long run, honesty is mandatory.

An inebriated wedding guest blubbers and acts obnoxiously. Characters partake of wine and take shots off a woman's belly. A father-in-law and his son-in-law get drunk.