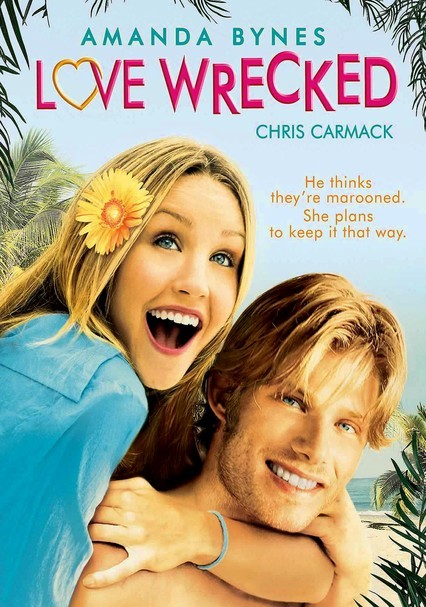 2007 PG 1h 23m DVD
Resort employee Jenny (Amanda Bynes) can't believe her luck when a rock star she idolizes, Jason Masters (Chris Carmack), checks in for a vacation. Dreaming of a way she can spend some time alone with him, Jenny fantasizes that they're both stranded on a deserted island. Her dream does come true -- almost. Jonathan Bennett, Lance Bass, Fred Willard and Jamie-Lynn DiScala also star in this romantic comedy.

Parents need to know that this is little more than a garden-variety teen romance flick filled with misdirected love interests, catty female rivals, bikini-clad beachcombers, and one super-nice guy who's always passed over by girls for flashier models. Its predictable plot, sensual overtones, and one-dimensional characters will have parents groaning, and the weak female characters -- who spend most of their time falling over themselves to win the affection of a self-absorbed pop star -- may make them pause before giving the thumbs-up to impressionable tweens.

Lots of sensuality, including scantily clad bodies frolicking on the beach, teen girls throwing themselves at guys, and a few kisses. One character tosses out crass comments about women, such as "Check the honey with the money." In one scene, a naked woman on a massage table is shown draped loosely in a towel with most of her breasts hanging out.

The few instances are played for comedy or sex-related laughs, like a girl-on-girl scuffle (which ends in a punch to the nose and a quick glimpse of blood) over a guy's affections, or a young boy pretending to drown so a pretty lifeguard will give him mouth-to-mouth. Some slaps following rude remarks.

Most characters are shallow and one-dimensional, and there's quite a bit of cattiness, back-biting, and scheming to win the affections of a love interest or embarrass a rival. For most of the movie, the two main female characters are starry-eyed and lustful over a self-absorbed singing idol. Some potty humor involving bathroom issues, obesity, and a farting toy. One character often makes crass comments (he considers them compliments) about women's appearances. Not a lot of diversity.