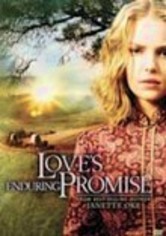 2004 NR 1h 28m DVD
In this sequel to the faith-based drama Love Comes Softly, the Davis family's farm is threatened after Clark (Dale Midkiff) suffers an injury. A stranger (Logan Bartholomew) comes to the family's aid and falls in love with Clark's daughter Missie (January Jones). Yet Missie has feelings for another man (Mackenzie Astin). Katherine Heigl also stars in this made-for-TV movie directed by Michael Landon Jr. and based on the novels of Janette Oke.

Genres
Drama, Dramas Based on the Book, Tearjerkers, Romantic Dramas