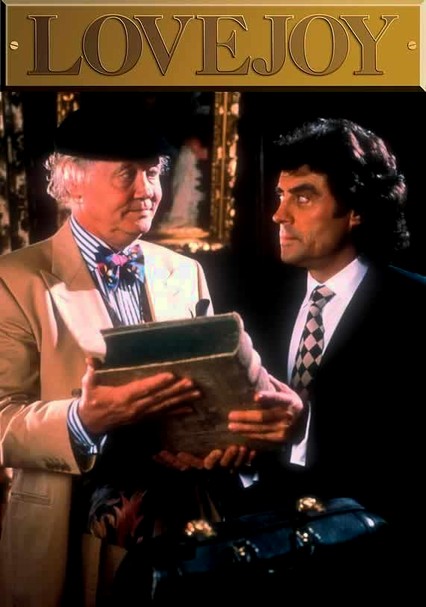 1986 NR 2 seasons
For eight seasons of this light-hearted BBC crime series, Ian McShane portrayed Lovejoy, an antiques dealer with a nose for quality as well as crime and a propensity for uncovering the mysteries behind the treasures he acquires.

Lovejoy (Ian McShane) is an antique dealer whose power as a "divvie" allows him to know intuitively just the right pieces to acquire. Curiously, nearly every object he buys seems to have some sort of intrigue attached to it -- betrayal, thievery or murder -- and Lovejoy spends much of his time solving the mysteries of his wares. Based on the novels by Jonathan Gash, the hit BBC show co-stars Chris Jury, Dudley Sutton and Phyllis Logan.

Sharp-eyed antiques dealer and sleuth Lovejoy (Ian McShane) has his hands full in the sixth and final season of this popular BBC mystery series, which finds both Charlotte (Caroline Langrishe) and Tinker (Dudley Sutton) disappearing in separate instances. Lovejoy also runs afoul of a loan shark, searches for a priceless samurai sword, tangles with the police yet again, and finds himself torn between two women.