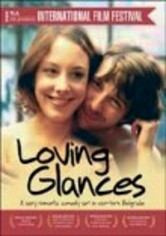 2003 NR 1h 37m DVD
A hit in the film festival circuit, this Serbo-Croatian dramedy by the talented Srdjan Karanovic tracks the efforts of a young couple (played with intensity by Senad Alihodzic and Jelena Djokic) to regain their footing independent of each other after being separated by the Balkan War. But Labud's (Alihodzic) attempts are sabotaged by his lingering feelings for his girlfriend and the difficulty of rebuilding a life during a time of chaos.