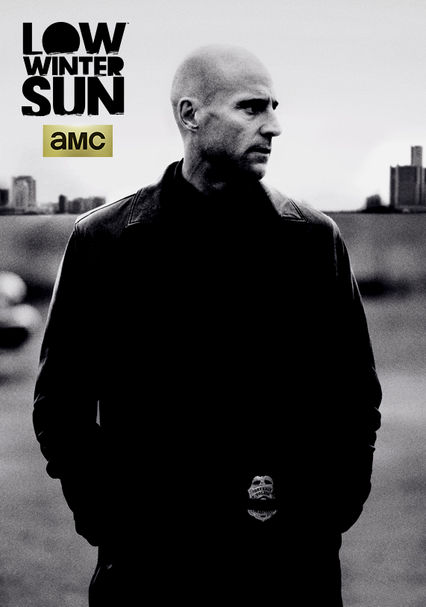 2013 NR 1 season
When a detective murders a fellow Detroit cop, a protracted journey into Motor City's underworld ensues in this drama based on a British miniseries. Mark Strong reprises his role as the detective, whose deadly encounter drags him into deeper trouble.

His involvement in the murder of a fellow cop drives Det. Frank Agnew into Detroit's shadowy underworld in this American expansion of a UK miniseries. Mark Strong, who topped the cast in England, reprises his starring role as the conflicted Agnew.

Parents need to know that Low Winter Sun is set in a dark and crumbling Detroit, where some cops are as dirty as the criminals they're chasing. (In fact, the two main characters are police officers who are trying to cover up the fact that they've killed one of their own.) Violence is bloody and explicit (from breaking bones to a bullet through the head), and there's unbleeped language (from "s--t" to "prick"). Drug dealers and drug users are major characters, too, and part of the story involves a character's relationship with his girlfriend.

Sexual tension typically takes a backseat to violence, but part of the plot concerns the main character's physical relationship with his girlfriend.

Violence is explicit, with drownings, shootings, beatings, and blood. We see bloody corpses with faces eaten by dogs, plus close-up autopsy scenes with blood and bone exposed.

Police corruption is a major theme, and when it comes to "law enforcement," morality is murky. The overall mood is dark -- and rather desperate.

Drug dealing is a major theme, and both major and minor characters use illegal drugs like cocaine. Social drinking and alcoholism are visible, too.