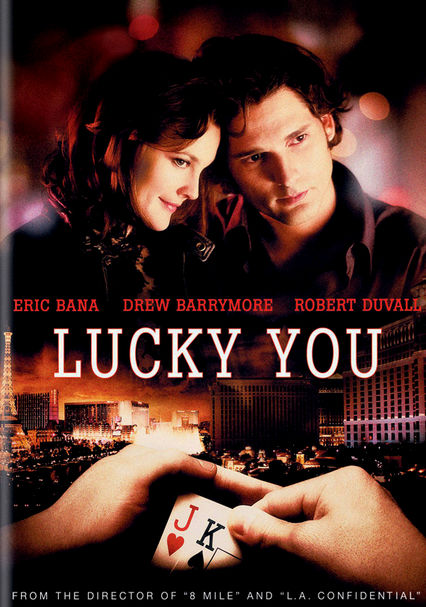 Parents need to know that this isn't a typical bright and bubbly Drew Barrymore romantic comedy. While there's not much sex or violence, there's plenty of antisocial behavior and compulsive gambling. One character runs a telephone scam, while others live in bathrooms to win bets. The main character steals his girlfriend's money and gambles away someone else's. He also encourages his girlfriend to lie and cheat for him. Goons looking to collect on his debts throw him into an empty pool, where he scrapes up his face. Some swearing and drinking.

Billie hikes up her skirt to ride on a bike. Billie and Huck kiss; later it's implied that they've had sex. They lie in bed together naked, covered by a sheet.

Goons threaten Huck and throw him into an empty swimming pool.

Some salty language, including "s--t."

Lots of gambling, stealing, and lying, though Billie insists on being honest. One character runs a 1-900 scam.

Las Vegas is practically a main character. The Bellagio and Luxor casinos get a lot of attention. Canon cameras are also featured.

Lots of people casually drink beer, but none to excess.