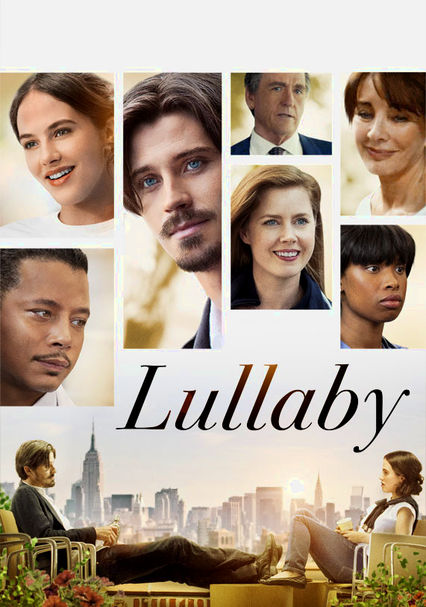 2014 R 1h 57m DVD
Long after breaking ties with his family, Jonathan learns that his long-ill father has elected to take himself off of life support in two days. Drawn in by the dire news, Jonathan returns to face his kin in an intense emotional encounter.

Parents need to know that Lullaby is a family drama centered on a dying patriarch who's decided to be taken off life support, over the objections of his wife and adult children. There are some intense arguments as they hash out old conflicts, but also some tender moments as they find ways to reconcile. Expect a good deal of swearing (including "f--k," "s--t," and more), some drinking, and a scene of drug use, as well as many scenes that show the main character (and another) smoking cigarettes. His nicotine addiction is actually a minor plot point. Characters also kiss and talk about sex, but there's nothing graphic.

Two exes briefly discuss their past relationship. A group of children afflicted with cancer discusses whether they'll get to have sex before they die. A 17-year-old girl kisses a guy during a tender but wistful moment.

Family members bicker and squabble. A man puts his fist through a door during a heated moment.

It's difficult, but possible, to face death on your own terms. Two cancer patients -- one a wealthy father who's lived a full life, the other a teen girl who's barely experienced life -- show how to recognize the inevitable and make the most of their final days.

The very first scene opens with a close-up of the main character smoking a cigarette, and he has many more throughout the film. Another character, a 17-year-old girl dying of cancer, also smokes regularly. A family drinks wine at a celebratory meal, and two characters drink whisky together during a stressful moment of bonding. Two women do drugs in the back of a limousine.