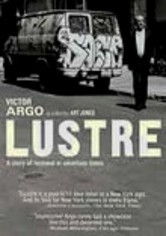 2005 NR 1h 21m DVD
As he moves through the streets of New York collecting payments, aging loan shark Hugo (portrayed by veteran character actor Victor Argo) considers the changes his beloved city has undergone over the years. Hugo sees bland buildings, rushing yuppies and gentrification as soul-sucking developments that are stealing the character of old New York. Musing on this transformation, he begins to experience visions and imagined visits from a dead friend.