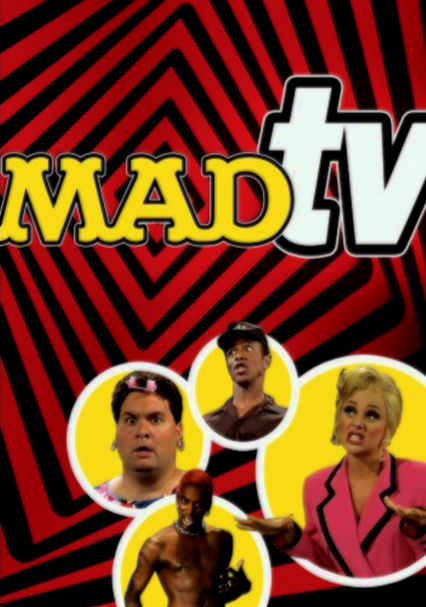 1995 NR 2 seasons
MADtv is an American sketch comedy television series based on Mad, and contained animated Spy vs. Spy and Don Martin cartoon shorts as well as images of Alfred E. Neuman that the show featured during the late 1990s

The world of sketch comedy is a mad, mad one indeed, at least when it comes to this show from Fox. The first season bursts on the scene with a bang, featuring a cast that includes Craig Anton, Nelson Ascensio, Tim Conlon, Kathryn Fiore and Orlando Jones. They mercilessly skewer Spike Lee, the Apple Powerbook, the Los Angeles Police Department, phone sex, racism, cooking shows, Dennis Rodman, Republicans, Woody Allen, O.J. Simpson and more.