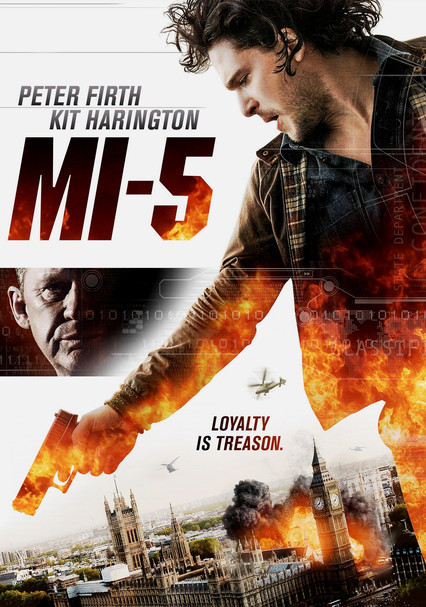 2015 R 1h 42m Blu-ray / DVD
In this taut thriller based on characters from the hit TV series, the blame lands on head of counterterrorism Harry Pearce when terrorist Adem Qasim escapes from MI5 custody. After resigning, Harry fakes his death and goes rogue to hunt down Qasim.

Parents need to know that MI-5 is a spy thriller based on the British TV series of the same name. Convoluted and dull for newcomers, it has little to offer anyone besides fans of the show (although Game of Thrones fans may be intrigued by star Kit Harington). Expect lots of violence -- especially guns and shooting -- with some death and blood. There's also chasing, fighting, crashes, and explosions, as well as suicide (both faked and not). Language isn't frequent but includes uses of "f--k" and "s--t."

Some teamwork, but it's grudging. Characters also take risks and are violent without consequences.