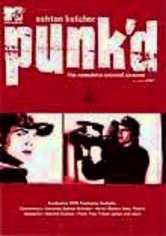 2003 NR 2 discs
After his first year of brilliantly conning his Hollywood peers into walking right into his outrageous and hilarious pranks, no one thought that host Ashton Kutcher could pull off another season -- but the puppet-master of "punking" delivers. The show's second round is as inspired as the first, with tricks being played on, among others, Tommy Lee, Missy Elliott, Hilary Duff, Katie Holmes and Ashanti.