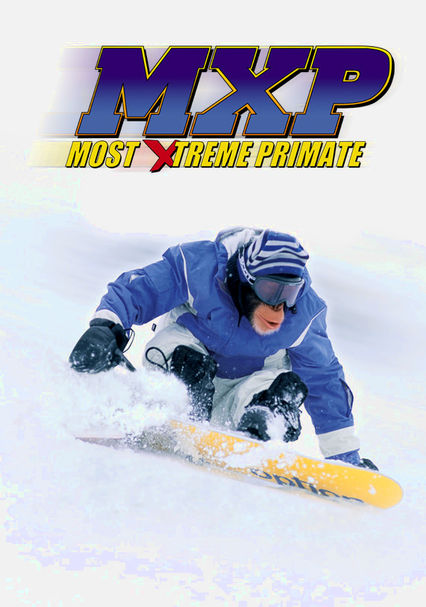 2004 G 1h 28m DVD
In this third installment of the Most Valuable Primate movies, Jack the amazing chimp -- after playing hockey and a brief stint learning how to skateboard -- is about to go where no primate has gone before: snowboarding down sheer mountain peaks! Jack befriends a lonely boy, Pete (Devin Douglas Drewitz), in Colorado and acquires some mad shredding skills, which come in handy when he teams Pete and his brother to take down a pair of criminals.

Parents need to know that this film shows a loveable chimpanzee being kidnapped and put in a cage by a couple of bumbling bad guys. Small children may be frightened by the bad guys. Jack the chimp, who has proved himself in the hockey rink and on a skateboard, now triumphs as a snowboarder. More important, he provides companionship for a lonely 12-year-old boy.

Bad guys are thrown from parked car into snow. A chimp is kidnapped and put in a cage. Small kids may be scared of the bad guys.

Brothers are extremely cooperative and kind to each other. Big brother plays a large role in caregiving of younger brother.