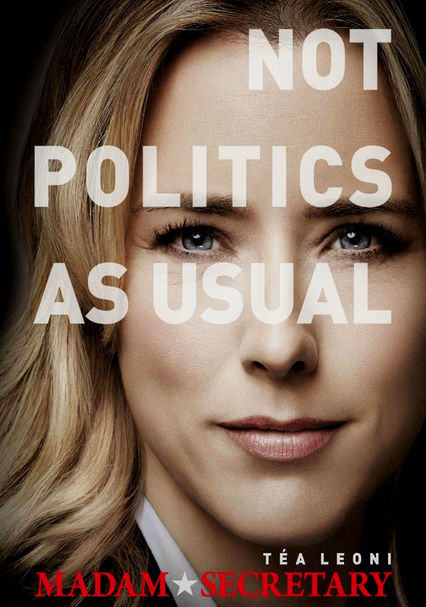 2014 TV-14 5 seasons
Ex-CIA agent Elizabeth McCord is living the quiet life of an academic when a plane crash and a presidential request present a challenge she cannot refuse, and she finds herself thrust into the spotlight as the newly appointed secretary of state.

Soon after she arrives in D.C., secretary of state Elizabeth McCord must prevent an international disaster when enraged crowds surround the American Embassy in Yemen. For wife, mom and now-diplomat Elizabeth, this is just another day at the office.

With the mystery of her predecessor's death finally resolved, Secretary of State Elizabeth McCord faces plenty of new challenges on both the professional and personal fronts in Season 2 of this political drama.

Having learned that President Dalton may be planning to replace her -- because he wants her as a running mate -- Elizabeth must walk a narrow path as explosive developments rattle Washington, D.C.

Although last season ended on a note of domestic happiness, Elizabeth and Henry face new hurdles in the wake of his promotion to the CIA's Special Activities Division, where he's involved in covert actions that take him to dangerous spots.

Terrorist attacks. Natural disasters. Military action. No crisis is out of control for Secretary of State Elizabeth McCord. Thinking outside the box and acting outside political protocol make McCord a force to be reckoned with both stateside and overseas, along with support from her CIA operative husband Henry, Chief of Staff Jay, policy advisor Kat, and of course, President Dalton. As McCord prepares to transition from her office to a presidential campaign, she's going to need all the help she can get