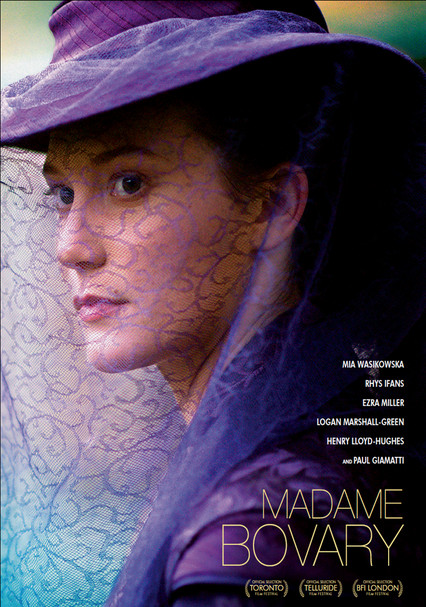 2015 R 1h 58m DVD
In this faithful adaptation of Gustave Flaubert's immortal novel, young Emma Bovary's passions overwhelm her solemn vows of marriage when the dashing Marquis d'Andervilliers captivates her heart, ultimately leading her down the path to ruin.

Parents need to know that Madame Bovary is a retelling of Gustave Flaubert's classic novel about a woman who isn't satisfied with her simple life in the country. She has affairs and spends far too much on fancy dresses and expensive furnishings (much acquired on credit) and soon finds herself in over her head. There's no swearing in this period film and only occasional drinking, though there are several sex scenes with enthusiastic noises/motions, as well as brief glimpses of a woman's breasts.

A husband and wife bicker; he sometimes yells in anger. A group of riders on horseback hunts a deer; the animal is dispatched with a large knife -- it happens off-screen, but viewers do see the bloody, severed head.

For some people, a simple life isn't satisfying enough, which can lead to unwise decisions.

Much of the plot revolves around the title character's insatiable need for expensive, luxury goods, bought on credit, which eventually is her undoing