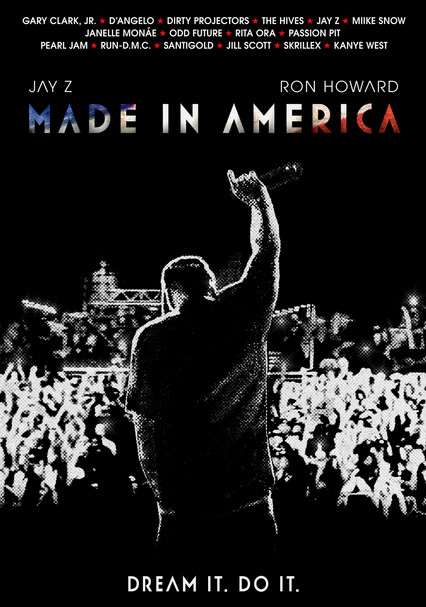 Parents need to know that the promotional documentary Made in America features rapper Jay-Z and other performers from the 2013 Made in America festival held in Philadelphia. It highlights how music has the power to unify people and contains positive messages about diversity, creativity, and the arts. Teen music fans will be drawn to it, but the strong language and lyrics with sexual innuendo make it a bit heavy for younger kids.

Some lyrics contain some sexual innuendo, including lewd references to women and having sex.

Interviews and lyrics talk about gang activities, shootings, and other violent events. Folks are visible bouncing around in mosh pits, but no one gets hurt.

Strong language, including "t-ts," "bitch," "f--k," "s--t," and other strong words, are audible during interviews and in song lyrics. The "N" word also is audible.

The way music brings people together is a major theme here. Some of the personal and professional journeys of musicians and others touched by the festival are discussed.

The documentary is a promotional vehicle for the festival. The Budweiser logo is visible. Excerpts from MTV music videos and festival performances are featured.

References are made to Jay-Z's past drug activities and subsequent recovery.