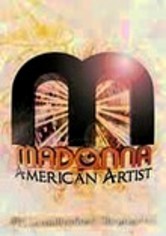 2006 NR 1h 0m DVD
An unauthorized retrospective of Madonna's long career captures her ever-changing aesthetic and cutting-edge artistry through exclusive interviews and rare film footage. Highlights include a sampling of some of the random part-time jobs that helped her pay her way through early pop stardom -- including a stint as a Dunkin' Donuts employee.