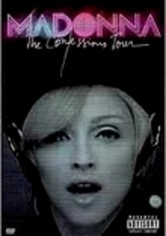 2006 NR 1h 29m DVD
Madonna holds court in this 2006 televised concert filmed live at London's Wembley Arena, the pinnacle of a top-grossing tour that promoted songs from her "Confessions on a Dance Floor" album and made headlines for the artist's decision to hang herself from a dangling crucifix. A career-spanning set list includes best-selling tracks such as "Hung Up," "Erotica," "Like a Virgin," "Ray of Light," "Live to Tell," "La Isla Bonita" and "Lucky Star."