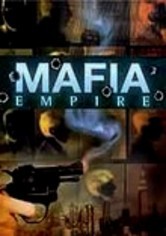 1999 NR 2h 30m DVD
No sooner had Prohibition taken hold of America than organized crime -- i.e., the Mafia -- had as well. This documentary tells the story of the Mafia in America -- from their bootlegging beginnings to their involvement in everything from organized labor to narcotics. Historians, government agents and former mafiosi trace the five major crime families from their Italian origins to their current global operations.