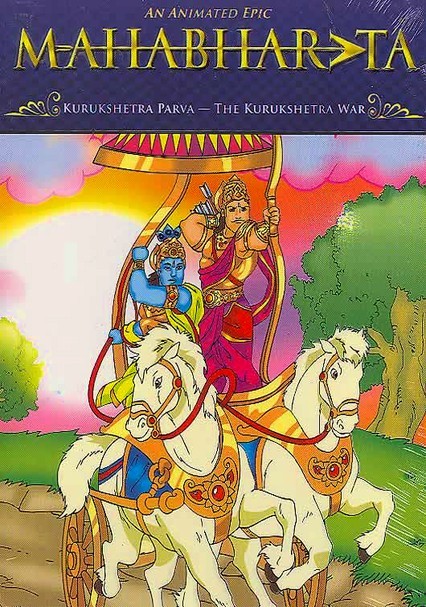 2008 NR 1h 0m DVD
This excellent animated program covers the portion of the Hindu epic Mahabharata that tells of the 18-day Kurukshetra War fought between the Pandavas and the Kauravas -- which only 11 warriors survived -- and the aftermath of that conflict. This section also contains the Bhagavad Gita, a sacred text in which Krishna instructs Arjuna on Hindu philosophies and reveals himself as the Svayam Bhagavan -- the Lord Himself.