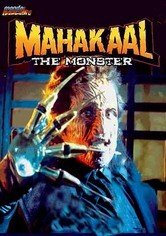 1993 NR 2h 25m DVD
A monster wearing a razor-fingered glove haunts the nightmares of poor Anita (Archana Puran Singh), but the imaginary terror becomes very real when one of Anita's friends falls victim to the ruthless and deadly creature. Aided by her boyfriend, Prakash, and a bizarre Michael Jackson wannabe named Canteen, Anita fights to stay alive in the Ramsay Brothers' music-filled Bollywood riff on Nightmare on Elm Street.