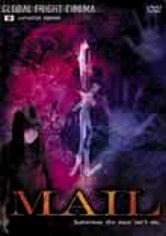 2005 NR 2h 30m DVD
Psychic detective Akiba and his young assistant Mikoto rid the land of disagreeable spooks in this collection of nine short stories based on Shigemizu Takasaki's popular comic book series. Akiba uses his powers and the Kagetsuchi pistol to help confined spirits ascend to the afterlife. But as he nears his 100th ascension, Akiba's hidden past catches up to him, and Mikoto may hold the key to his destiny. Chiaki Kuriyama and Takamasa Suga star.