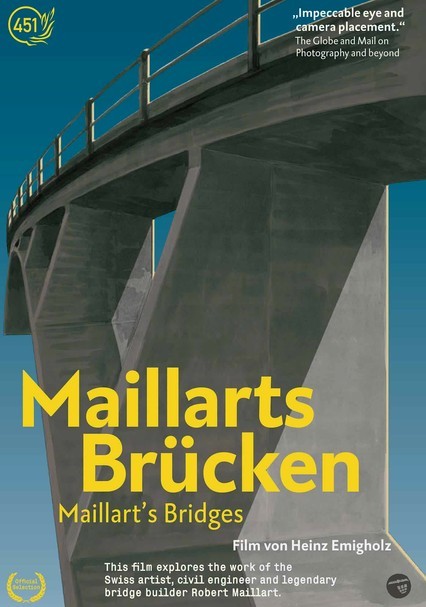 2001 NR 1h 54m DVD
Famed Swiss architect and artist Robert Maillart was renowned for his concrete bridges; this documentary examines the elegant design of his engineering masterpieces, which, the film argues, embrace both functionality and aesthetics. Instead of following a traditional journalistic structure, director Heinz Emigholz's spellbinding film reads more like ethereal visual poetry, allowing the beauty of Maillart's work to speak for itself.