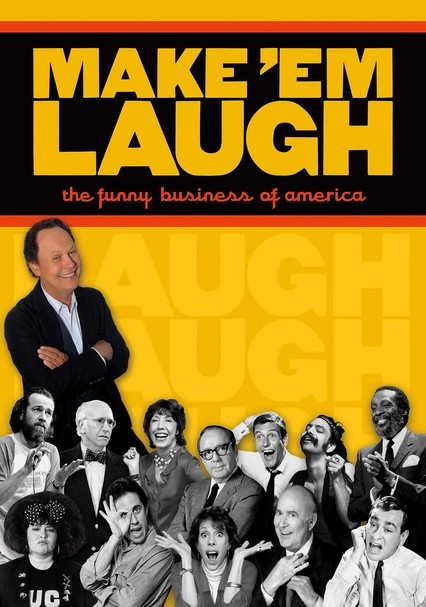 2009 NR 3 discs
Billy Crystal hosts this PBS documentary series that examines the history of humor in American entertainment, from slapstick to satire. A slew of stars appear in the classic routines that made them famous and discuss what makes comedy work. Spanning a century of laughs, the clips feature Steve Martin, Carol Burnett, Johnny Carson, Chris Rock, Cheech Marin, Roseanne and other comedic geniuses. Amy Sedaris narrates the series.