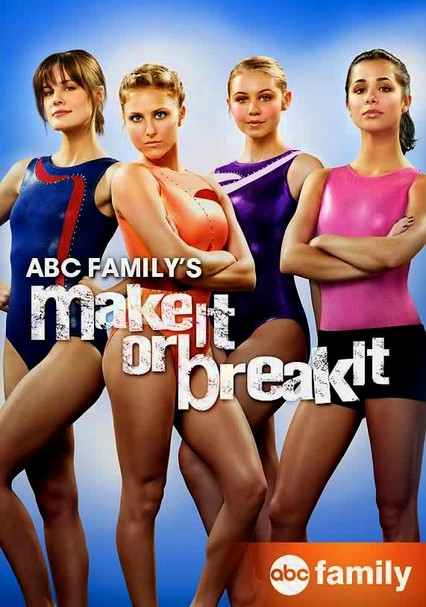 2009 TV-14 1 season
While enduring the usual amount of adolescent angst, the teen gymnasts at the elite Rock training facility -- including newbie Emily, rich girl Lauren, studious Payson and national champ Kaylie -- are also under serious pressure to be gold medalists.

At a gymnastics training facility the Rock, friendships and rivalries abound as the center's top tumblers pursue the ultimate dream -- to make it to the Olympics -- in this family drama starring Peri Gilpin and Candace Cameron Bure. Among the girls vying for a spot are serious student Payson (Ayla Kell), above-it-all Kaylie (Josie Loren), cutthroat competitor Lauren (Cassie Scerbo) and new girl Emily (Chelsea Hobbs).

Parents need to know that one of the main characters in this tween/teen-targeted sports drama is a snobby, spoiled girl whose father condones her unsportsmanlike behavior by buying her way onto another team when she loses an important competition. She's rude to rivals and "friends" alike and is quick to pass judgment on people based on things like appearance. Also expect some intermittent strong language and sexual content (teens kiss and sleep together, though no sex is shown). That said, the series does explore the positive aspects of athletic competition and the traits that make for a successful athlete and a unified team.

Teens sleep together (no sex shown). Some kissing between teens. Teen boys comment on girls' appearances ("she's hot," for instance), and terms like "booty call" pop into casual conversation.

The positive aspects of sports and competition are addressed, but they're frequently overshadowed by the soap opera-like goings on. Characters manipulate each other frequently, and there's lots of melodrama.