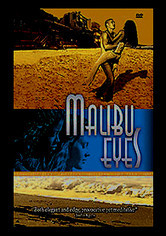 2001 NR 1h 38m DVD
Sunny Southern California plays host to this voyeuristic drama about a young college girl named Hannah (Courtney Cole-Fendley), who's spending some vacation time by herself in a Malibu beach house. With a lot of free time on her hands, Hannah begins to curiously watch -- and later videotape -- the naughty exploits of her neighbors. But before long, she begins to feel as if someone may be spying on &NFiher&NFi_; as well.