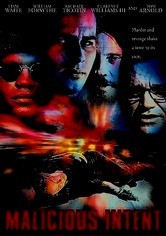 2000 R 1h 26m DVD
A troubled young man returns to his hometown when his father is brutally killed. At the funeral, he enlists the help of two of his father's old buddies for a murderous revenge scheme that shakes the town to its core. While dodging a hailstorm of bullets, the trio uncovers the nasty truth behind the murder, and their trail leads them to a web of corruption involving the mob -- and a $3 million loot.