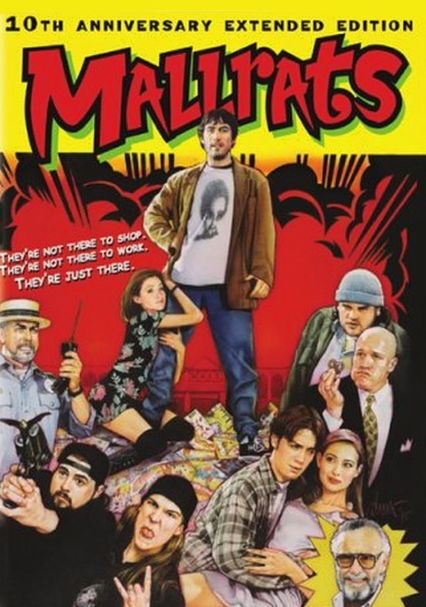 1995 NR 2h 3m DVD
Young, suburban everymen Brodie (Jason Lee) and T.S. (Jeremy London) lose their girlfriends on the same day, so they take to the mall in search of solace in writer-director Kevin Smith's (Clerks) comical look at love and loss between the escalators. This 10th-anniversary edition includes the theatrical and extended versions of the film, as well as several bonus features, such as a Mallrats cast reunion Q & A.