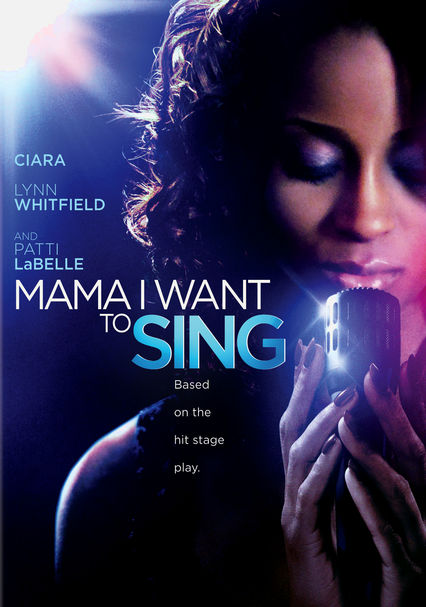 2007 NR 1h 40m DVD
Talented young singer Amara (portrayed by Grammy winner Ciara) is torn between her newfound desire to perform secular music and her love for her family and the religious music she grew up with. After her preacher father dies, Amara gives up singing -- and when she's finally able to overcome her grief and remember his advice to follow her dream, her mother (Lynn Whitfield) disapproves of her career choice. Patti LaBelle and Billy Zane co-star.

Parents need to know that this family drama includes some heated family arguments and plenty of discussions that center on faith and moral choices. Though the movie spends a lot of time on the potential problems that fame and success bring, the main characters eventually realize that family is the most important thing in their lives. Expect a bit of drinking, a few skimpy outfits, and scenes set in combat zones (though no actual combat is shown).

A mother gets upset when her grown daughter sings onstage in a skimpy outfit and suggests that her wardrobe choices are a sign of her lapsing morals.

A character lands a job as a combat photojournalist in Iraq. A few scenes show soldiers in bombed-out neighborhoods, though there are no actual combat scenes. Some people argue heatedly.

Amara and her mother both find that success draws them away from their basic values, disrupting relationships within their family. Some peripheral messages about shopping as a cure for a bad day.

Amara gets slightly defiant after a few glasses of wine and gets upset when someone suggests she's had enough.