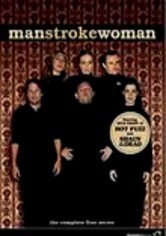 2005 NR 2h 55m DVD
Ash Atalla of "The Office" produces and Richard Cantor directs this British sketch comedy show in which everything having to do with things such as relationships, personality quirks and kids is fair game. Shows include a woman (Amanda Abbington) who dons silly outfits to get her husband's (Nicholas Burns) approval, a guy (Ben Crompton) who sobs so much, his ex-girlfriend (Daisy Haggard) can't understand him and more. Nick Frost also stars.